Well I just finished reading this book and after hearing all the hype associated with it, I must say... it IS a good book.

Basically if you have ever wondered why it is that white Europeans are the dominant "race" on the planet right now, this book has a lot of answers for you.

Now he goes into more detail but basically what he is saying is that race is not a determinant for dominance but rather a series of environmental attibutes will or can lead to advanced development.
Posted by Juggy at 11:05 PM 2 comments:

I thought I would welcome anybody coming by here and encourage you to leave a message on any article you find interesting.

Now, if only I could write that all in Korean.

Well, with my wife gone for the weekend I have done what most husbands do when left at home.. not much. I've been basically sitting around the house trying to stay cool and downloading a shit load of movies.

As you may be aware, I am quite fond of superheroes. I recently watched two movies based on comics as was not sure how much i'd like them.

The Fantastic 4
Well, I know the critics have been all over this one. I think "rotton tomatoe" gave it a 45 or something but I actually didn't mind it. Was the plot good, um... no. Was the acting top notch.. nope, but Jesica Alba was quite hot looking. Were the effects great? Actually, they were not too bad. I heard of some complaints in this field but I think they were unfounded. The truth is, I'm a fan of 80's MARVEL comics and the F4 are a part of that. Heck.. I even almost liked daredevil!!??

The other one was...


Batman Begins
Now I remember lining up with my bud Marcus years ago for the premier of the original movie. Although it had its merits (Nicholson) I really didn't like the lack of realism (and the SHOULD be in ALL superhero movies!!). This new one was darker and more serious. As a movie it was far better than F4 but as a representative of DC comics.. well, it still bites. I just don't like that type of hero (even Marvels Punisher). If you are going to go through the troubl;e of making a hero, at least give him some kick as powers!!!

Where in the world is Moonie??

It has been brought to my attention that I post far too much on this blog and that my beautiful wife posts far too little. I'm not sure if that is just reflective of my boring posts or if people are actually curious as to what my wife is up to. Well, the truth be told, I am curious too!! You see, I haven't seen her in days. Apparently she has fled the country and is hiding out somewhere... 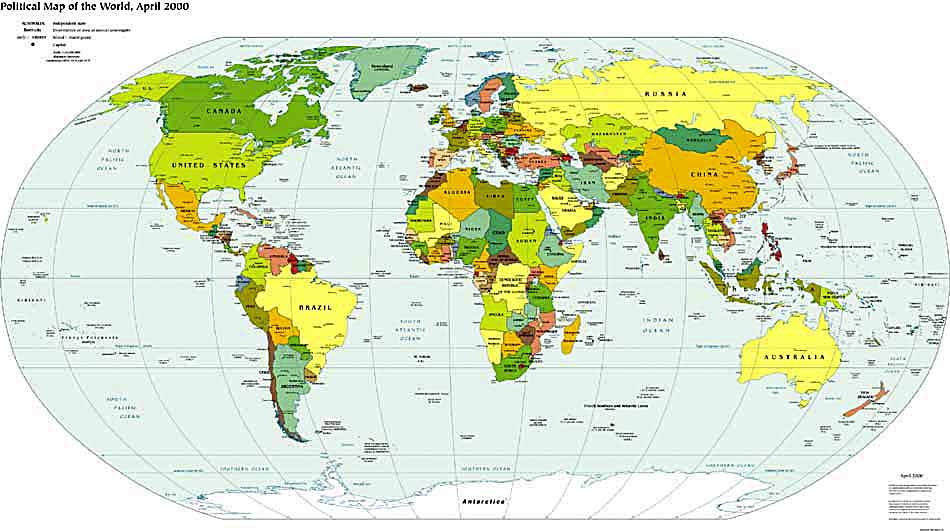 Who would win?
Arnold or Ronnie? I was bored so I tried my hand at creating some game cards.

Well I just finished reading "A short history of nearly everything" by Bill Bryson and really enjoyed it. Man, I wish I had read this book in high school. I might have even enjoyed science class instead of not knowing what the fuzzy images under the microscope were supposed to be.


If you're of the mind for a really easy read to help you understand say... the beginning of the universe (or at least the theories of it), then pick up this book.


And for a very quick read I decided to go with Toni Morrison's "The Bluest eye". Oprah seemed to like it, so what the heck. ;)

Actually, it was a decent book and a nice "commercial break" on my way to other "stuff"

War of the Worlds

Well, I downloaded this the other day and I must say, I really enjoyed it. I'm sure it would be far better on the big screen but I just don't have the time to go see all the movies I want to see nowadays.Cruise was good as the absent father and that little Dakota fanning (i'm sure everyone is sick of hearing how cute she is) was actually quite impressive. I wonder how she'll be when she grows up.

Oh and I also watched "Spanglish". Not a bad movie. Not amazing, but it had a ncie story to it and finally an actual ROLE (kinda) for Adam Sandler.
Posted by Juggy at 10:28 AM No comments:

Well, with the advent of photshop it has been quite some while since I actually drew anything.

Here is one form a couple of years ago, a favorite of mine (since I have been in Korea)

The Juggernaut
Posted by Juggy at 12:00 AM 2 comments:

Well I had planned to write a review for every book I've finished of late but sometimes I just don't seem to have time.

Anyways, this one was unfortunately a dissapointment. It had potential in possibly shining light on a much neglected subject (that being Japanese attrocities commited before and after WWII) but it feel quite short.

The truth is, I totally believe that the Japanese (and the Americans, Germans, Russians, Bristish, ect..) commited all sorts of nastyness during the war. It was a time in which "the bombing of civilians was considered good strategy".

This book though only delivers hal-hazard testimony "hinting" at a possible Unit of scientific experimentation. I'm guessing it is true but I would have felt a lot more comfortable with a more detailed and comprehensive accounting.

Well, it is July 3rd and I and my Moon faced wife have made it through exactly one year of marital bliss. There have been some ups and downs (no, no babies yet) but so far we're surviving.

In the next couple of months we are looking forward to 1) moving into our own apartment (well, instead of taking care of the in-law's). 2) going on a vaction in the fall.. hmmm, maybe Vietnam or Micronesia.

Today to "celebrate" we went to church (hmmm) and then went to a concert in Jamsil. Michael W Smith, not bad but not my usual style. My wife liked it though and as I am finding out... that is all that really matters.

*oh, and I am supposed to mention somewhere on here that she got a cut (a SCRATCH!) on her nose. She is looking for notes of sympathy I suspect.
Posted by Juggy at 10:57 PM 4 comments:

Alright, so my last post was about the semi-dillusional state of Canadian pride. And seeing as today is the official day to celebrate it I thought I'd add my two cents into the mix.

For most people (especially N Americans) being a citizen of a country is less about choice and more about simple luck. Because of the randomness of the universal atomic structure our little bodies were well enough constructed, in the right time and the right place, so as to allow us to be born in an affluent part of the world.

So, with factoring in all the randomness, what is there to be proud of?

Canada has a great abundance of natual beauty. Amazing mountain ranges, massive lakes, prairies as far as the eye can see, it simply is wondrous. But I know I didn't make any of it, so I'm not so sure I can be proud of it.

Canada also has a reputation as a "conversational peacemaker" in the world. Although it killed its fair share of indigenous people, Canada is thought of as a nation that talks first, then talks some more, then maybe acts. As a result of that very few nations/people HATE Canada. But the thing is... I wasn't around for most of it. I didn't settle arguments with the English and the French. I didn't participate in any wars/conflicts of righteousness. I haven't even given any of the original people back their land (truth be told I've kicked my share of "natives" off of land). So again, I'm not sure what to be proud of.

Canada is renown as well for its social structures. "Free" Medical care (actually about $35 a month), free schooling, no toll-booths on roads. Canada is a Mecca of socialism. BUT where I am from (Alberta), I helped to vote in a Premier who has done his best to minimize a lot of those programs. So here I have something that my tax dollars have paid for and I can actually be proud of but, if the truth be told, I probably would have done away with (some of) it if given the chance.

Canada, or so I was told, was the second largest country in the world (behind Russia). However, since I have been roaming around the world I've found that most stats rank it at third. Shoot, I can't even be proud of the size (not that I had anything to do with that either).

So, what can I be proud of? Well, as you see I'm not really one to take credit for someone else's accomplishments so I guess I'll have to focus on my own;

I'm proud that when people hear I am Canadian they automatically think I'm nice. I'm nicer because of it.

I'm proud that I have (been taught to?) taken a neutral stance on many world issues and am willing to discuss so many subjects with so many people around the word. Rarely closing my thoughts off to anyone.

I'm proud that I have chosen my beliefs and faith from many options aound me.

I'm proud that I can eventually take my wife (and children) to Canada and I can help then enjoy a level of freedom of choice they might not have in other parts of the world.

The truth is I am proud of who I am. Being born and raised in Canada has helped me become something I might not of had I been born somewhere else. 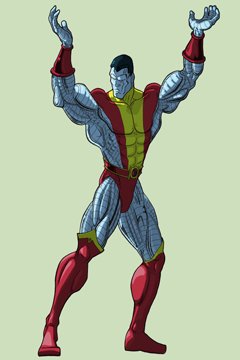